Biography
1889
1889 Igor was born in an outbuilding hidden in the garden of the house №15 on Velyka Pidvalna Street (now Yaroslaviv Val) in Kyiv. The family one-story house with a mezzanine, which together with the site was bought in 1885 by his father Ivan Oleksiyovych Sikorsky, has not survived to this day. On its foundations in the 50s of the twentieth century another building was erected. And on the site of a wooden outbuilding in 1903-1904, a three-story house №15-b was built, which is now called the House of the Sikorsky's.
1910
Following Alexander Kudashev, Igor Sikorsky in Kyiv took off the second domestically produced aircraft in the Russian Empire. In those years, Sikorsky was formally a student of KPI, but in fact devoted all his time to aviation - he was a member of the Kiev Aeronautical Club, had an international pilot's license №61 and received prizes and awards at the first air shows.
1914
Several world records were set by the legendary World War I plane "Ilya Muromets", which arrived from St. Petersburg to Kyiv that summer. "Ilya Muromets" is the third model of a multi-engine airplane after the "Grand" and the "Russian Knight", which were designed at the factory "Russo-Balt" by a young aeronautical engineer. During the war, these real sky cruisers were never shot down, and a total of more than 85 of these reconnaissance bombers were produced.
1923
He founded the Sikorsky Aero Engineering Corporation, of which he was president, and involved prominent composer and pianist Sergei Rachmaninoff as vice president.
1939
Igor Sikorsky personally lifted the Vought-Sikorsky VS-300 (S-46) helicopter into the American air. Number 300 was recorded by the third helicopter built by Sikorsky, taking into account two built in Kyiv. Prior to that, the Kyiv-born had already made a revolution in the world of aircraft construction: his "flying boats" connected North and South America. And with the start of helicopter of the production, emergency rescue of victims and assistance in important places became a feasible task.
1972
Igor Ivanovich passed away, leaving his descendants dozens of models of aircraft.
House in Kiev
Achievement

He became the second designer, engineer and pilot in the Russian Empire to lift a domestic airplane into the air.

He provided amphibious aircraft to Pan American Airlines to establish regular and secure flights between North and South America.

He began mass production of Sikorsky Aircraft helicopters, which are still flown by American presidents.

He wrote a number of theological works.

A monument to Igor Sikorsky has been unveiled on the site of the former hangar and now the Department of Aviation History and Cosmonautics of the State Polytechnic Museum. Sculptor NA Oiler. The words of the genius aircraft designer are embossed on the pedestal: “I take off my hat in front of my Alma Mater, which prepared me to conquer the sky.” And also a dedication: “To the designer of the first planes, helicopters, the student of KPI of 1907-1911 from the Kiev polytechnics”.

The National Bank of Ukraine in the series “Outstanding personalities of Ukraine” issued a commemorative coin made of nickel silver with a face value of 2 hryvnias. The image on the coin depicts the Ilya Muromets aircraft, for the development of which Sikorsky received worldwide recognition in 1913. The reverse of the coin depicts a portrait of Sikorsky in the form of a pilot, to the right of which against the background of a drawing by Leonardo da Vinci there are inscriptions – IGOR SIKORSKY (semicircle), years of life – 1889-1972.

The capital’s Tankova Street, where the US Embassy and the NATO Mission in Ukraine are located, has been renamed Aviakonstruktora Ihor Sikorsky Street. This street appeared in the area of ​​Nyvka in the middle of the XIX century. and until 1957 was called Nova.

At the Museum of the Ukrainian Dispute of the Museum of History of Kyiv, director Oksana Pidsukha and curator Hanna Leksina opened the exhibition “Our Sikorsky”, which presents documents from the Digital Archive of Igor Sikorsky from Stratford (Connecticut, USA). The opening was attended by the first cosmonaut of Ukraine Leonid Kadenyuk and the future project manager of the Museum Sikor Sky Victor Grisa.

On the eve of the beginning of the new academic year, the National Technical University of Ukraine “Kyiv Polytechnic Institute” was named after its former student, a prominent aircraft designer of the twentieth century Igor Ivanovich Sikorsky.

At the Kyiv International Airport named a famous pilot after a monument to Igor Sikorsky has been erected. The author of the monument is a sculptor Volodymyr Zhuravel, the architect is Oleg Selivanov, the graphic designer is Stanislav Topolsky, and the engineer is Oleg Petrukha. The total height of the sculpture is 7.2 meters. The material of the sculpture is bronze, covered with a dark green patina. Pedestal material – granite. The sculpture is kinetic – in strong gusts of wind the helicopter’s propellers rotate.

The Ukrainian Cultural Foundation of the Ministry of Culture of Ukraine has approved the application of the Creative Ukraine NGO to finance the Museum Sikor Sky project, a virtual museum hub based on a 3D model of Igor Sikorsky’s Kyiv family home. The first stage of the project ended on October 30.

The name of the aircraft designer was assigned to the aerospace lyceum of the National Aviation University of Ukraine.
The square in the Primorsky district of St. Petersburg at the intersection of two highways named after two other prominent sons of Ukraine: Korolev Avenue and Utochkina Street is named after Sikorsky. 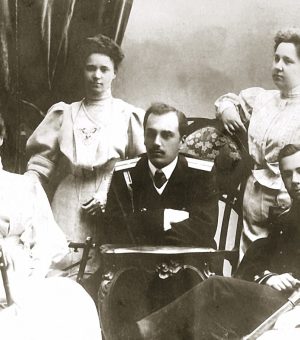 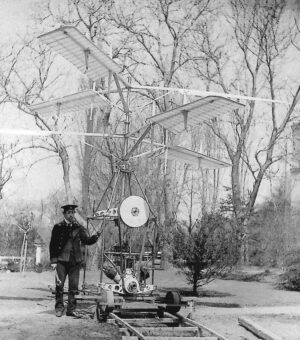 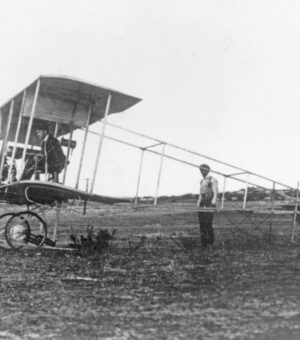 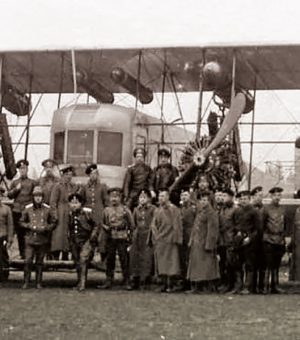 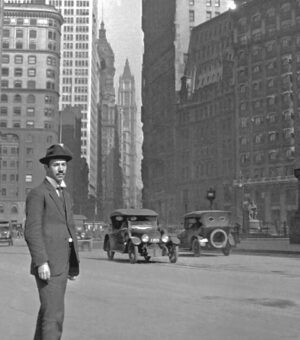 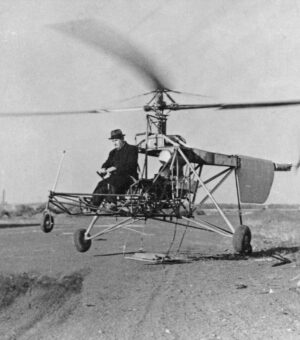 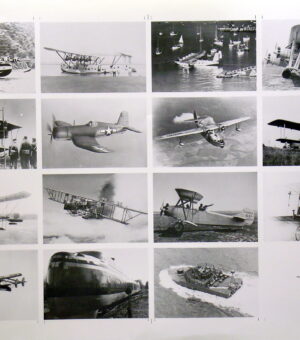 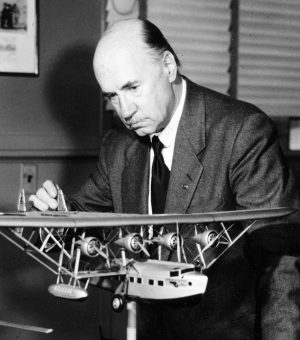 Pioneers of heaven
Search in funds